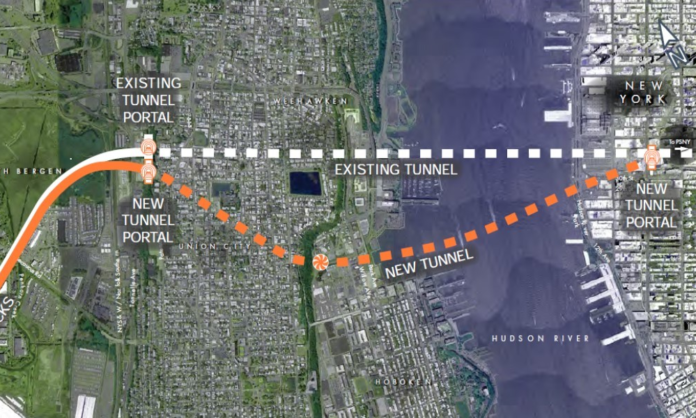 In preparation for what the Gateway Development Corporation (GDC) Chief of Public Outreach, Stephen Sigmund, calls “the two most urgent infrastructure projects in the country”, the GDC released two animations of the completed Hudson River Tunnel and Portal North Bridge projects (and they are pretty cool).

The projects are set to renovate two existing routes which are severely outdated and inefficient, affecting around 200,000 train and subway riders per day!

The first animation, 0:00 – 0:41, traces the new route of the Portal North bridge project, which includes the replacement of a 107 year old swing bridge over the Hackensack River.

The second animation, 0:42 – 2:13, shows the proposed new route of the Hudson River Tunnel which runs from New Jersey to Manhattan.

With the existing route having been damaged by Superstorm Sandy in 2012 – it is critical that this route gets rehabilitated.

The animations preset a fantastic idea of the type of complex planning that goes into the preparation for a tunneling project of this scale.

Wishing a safe and successful project to the Gateway Development Corp!