The covert history of the underground tunnels in Downtown Los Angeles 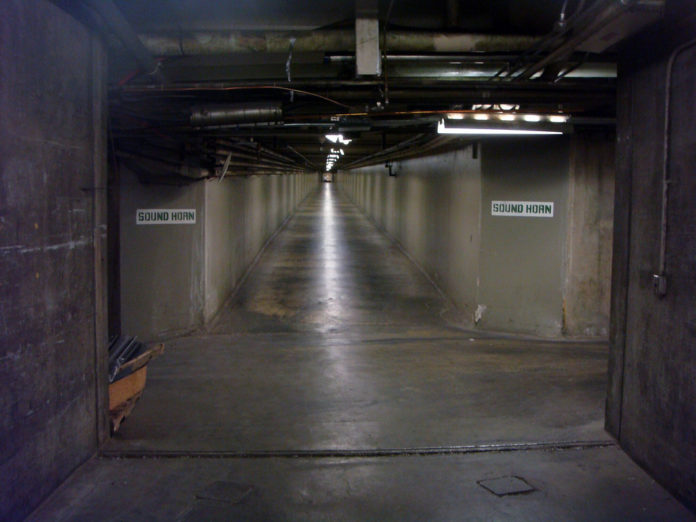 Downtown Los Angeles is well known for landmarks such as the Walt Disney Concert Hall, the Bradbury building, the Staples Center and the Dodger Stadium, but few know about the rich history of the tunnels that wind underneath.

From billion dollar armed transports, to escorting one of the USA’s most notorious mobsters to and from court, these tunnel walls have seen some of LA’s most covert and interesting history.

Currently, these tunnels that run beneath the Hall of Records building and the Kenneth Hahn Hall Administration building, are mostly used by city workers and have even made cameos in popular television shows like True Detective.

While some parts are still accessible today, unfortunately, some of the tunnel was damaged in the 1994 Northridge earthquake.

Rumor has it that one of the easiest ways to explore the remaining parts of the tunnel is through an elevator located behind the Hall of Records Building.

Just follow the signs to the Hall’s Archives at 222 N Hill Street and take a look for yourself!

The tunnels are open to the public until 11:30pm; who knows what you will find?

The tunnel between the Hall of Records and the Hall of Administration. Photo by Kansas Sebastian / Creative Commons