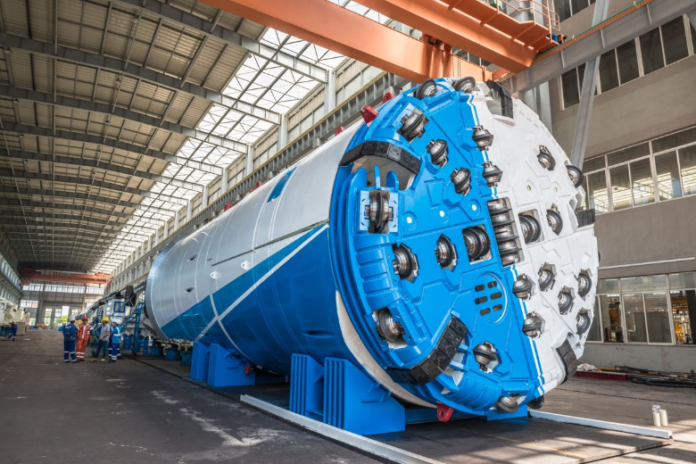 In international tunneling news, Nepal’s first ever tunnel boring machine (TBM, for short) is already raising eyebrows with the impressive amount of progress it is making on it’s current project.

According to the operations team and the owners of the tunnel, this is largely due to professional and well trained personnel, great pre-project planning and process control.

The machine itself, a 5.06m diameter Robbins Double Shield has been averaging 800 meters of progress per month, which is impressive to say the least.

The geology has been playing a helpful role primarily being made of sandstone, mudstone, and conglomerate.

The TBM is being used as a replacement to traditional methods like drill & blast, and it’s safe to say the adoption of the tunnel boring technology has been paying dividends thus far.

The TBM was brought in to work on the country’s Bheri Babai Diversion Multipurpose Project (BBDMP).

Aided by a newly constructed dam, the tunnel will divert 40 cubic meters of water per second from Bheri River to Babai River, allowing the surrounding Banke and Bardia districts to be irrigated year round – a massive win for Nepalese agriculture.

Not only that, the diverted water will also be used to power a hydroelectric plant expected to generate millions of US dollars annually for Nepal, adding a boost to their economy.

The success of the project has already brought further interest in tunnel boring technology for future projects in Nepal, which is great news for the industry.

Tip of the cap to Nepal for branching out from traditional methods and best wishes for the continued success of the project.