Since its inception in 2016, the Boring Company has become one of the most well known tunneling companies in the world, largely thanks to the publicity garnered by it’s well-known billionaire founder, Elon Musk.

From the beginning, the company had lofty goals, aiming to drastically reduce both the cost of tunneling and increase the speed of modern tunnel boring machines (TBM’s) by almost 10x.

While little is known about how the Boring Company plans to accomplish its tunneling goals, we wanted to find out what is known about the TBM’s that they are using.

From what we know so far, the Boring Company has three TBM’s in their possession; Godot, Line-Storm, and Proof-Rock.

Godot was the first TBM revealed by the Boring Company and is named after the Samuel Beckett play, Waiting for Godot, a play in which two characters wait for the arrival of someone named Godot who never arrives. Let’s hope “Godot” does not follow suit, and actually sees light at the other end of the tunnels it will be digging.

Line-Storm which was named after a Robert Frost poem called “A Line-Storm Song” is a conventional TBM modified to achieve speeds of up to 2-3 times faster than conventional TBM’s. We see Mr. Musk likes to stick to the literary theme when it comes to naming his work-horses. We couldn’t find an actual picture of this TBM so we modified Godot as Mr. Musk probably would and sprinkled some rocket engine love!

Proof-Rock which has been under development since May of 2018. It’s fully designed by the Boring Company and is anticipated to be faster than conventional machines by possibly even more than 10x. If they are able to pull this one off, it will mark a quantum-leap in the history of Tunnel Boring Technology and catapult the Boring Company to the pinnacle of subterranean engineering. There probably wont be a picture of this for a while so, like Line-Storm, we envisioned and designed our own as Mr. Musk would encourage us to. BAM! This baby will bore to Mars and back!

For now, that’s all we know about the Boring Company’s three TBM’s. As we learn more, or if we get a tour of the facility in the near future (wink, wink, Boring Company PR team), we will be sure to put out more pieces with an updates and maybe some cool pics and videos! 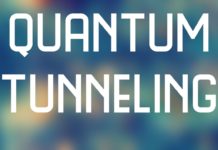