Are Tunnels the Future of Public Transportation? 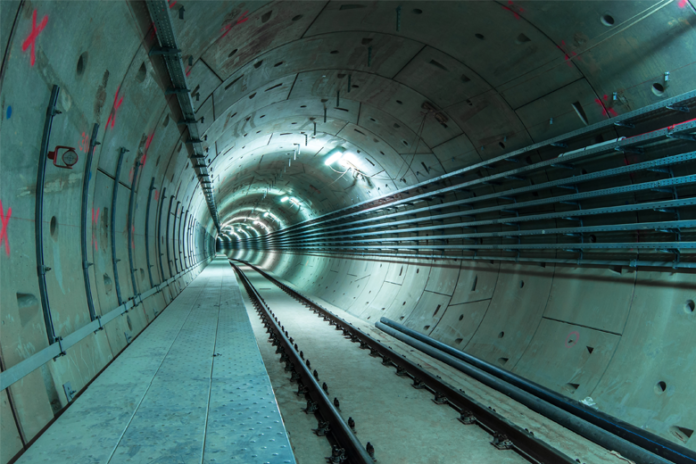 Lately, more and more news outlets and websites have been covering stories about how tunnels could play a significant role in the future of public transportation, and possibly solving the gridlock traffic, especially in spread out cities, such as Los Angeles. With all of the coverage, we’ve decided to take a deeper dive to figure out how this will play out.

Of course, tunnels are nothing new to the world of transportation. Subways and railroad tunnels have been around for well over a century. Norway is even considering a tunnel for ships only; picture that.

Rewind back to 1886, when the invention of the automobile changed the face of transportation forever by creating a much more personalized, and on-demand transit experience.

Not only did autos have a massive impact on the economy but it also changed the way the world thinks of transport as a whole.

As time passed, the challenges with using cars as our primary form of transportation have become more apparent. Air pollution from automobile exhaust, waste from broken down or unused cars, accidents and injuries and perhaps, arguably worst of all – increased traffic, which has left the public wondering what the future of transportation will look like.

Flying cars, passenger drones, or high speed trains winding around skyscrapers are popular images that come to mind when thinking about the future of transportation, but they are very far from being a reality.

Only until recently have tunnels been brought into the conversation, with public figures like Elon Musk leading the charge. So, that begs the question, “why tunnels?”!

While the idea of flying cars might sound pretty cool, bringing them to existence has proven incredibly difficult and unrealistic. Not only from a manufacturing perspective, but the management of flying cars along side airplanes and helicopters (think air traffic management) seems almost impossible.

Plus, walking around the city with high-speed hunks of metal flying overhead is, as Elon Musk eloquently put it, “not an anxiety reducing situation”, and after some thought, it’s pretty easy to understand where he’s coming from.

Like a car, flying cars would also need maintenance, imagine if drivers decide to skip out on the maintenance, and a part falls off while flying, the people below can get seriously injured.

So, what’s the next best solution? It seems like tunnels may be making their way into the discussion. For one, you can fit a lot more tunnels underground than you can fit roads or railways above it.

The width of a freeway has an expansion capacity, which is extremely limited when compared to that of a network of underground tunnels.

Plus, any significant expansion of a highway that is already in operation is known to increase traffic for a long time before it gets finished. And when it’s finished, the amount of new cars on the road may have increased enough to render the new road expansion inefficient.

On the other hand, tunnels and transportation systems within them, can be dug and operated without anyone on the surface being disturbed.

Because the earth is incredibly good at absorbing vibrations, once the tunnel is deep enough, about 100 feet, (30.5 meters) clearing the water mains and methane gas, they are almost impossible to detect, making them significantly less of a nuisance for communities near construction and operating sites.

The only above ground construction that will be necessary will, be for elevators to take trains, or cars, down to the tunnels for transport, which would be very minor, compared to construction for widening a highway. And guess what, another plus about tunnels, is that they are not affected by earthquakes; but roads are, as they can crack.

With California being so prone to these earth trembles, one would think that it would destroy the tunnels, but that’s not the case at all. Earthquakes occur on the surface, not deep in the ground. Thinks ocean waves, they roll on the surface of the water, and to duck them, you go under the water so they pass over you. Same scenario for tunnels so logically, they will be virtually unaffected.

It’s important to note that these tunnels probably won’t be networks of underground roads that you can drive on. They will likely be automated and set on a fixed rail, allowing for a significantly faster and safer trip from point A to B.

If the vision of Elon Musk and the Boring Company comes to life, these underground tunnels will be powered by electric skates capable of transporting individual vehicles and passenger trains at speeds of up to 150 mph.

This would reduce transportation time and help alleviate some surface congestion on existing roads. As a bonus, the electric skate system would also be incredibly environmentally friendly.

Making a last minute grocery run in Los Angeles, going to the airport or to the beach can now be enjoyable commutes lasting minutes, not sometimes hours with added worries.

Provided that the tunneling technology makes the necessary advancements to make this vision a reality, the world of transportation may be in for a huge shake up in the coming years – with tunnels leading the way.

We’d love to hear your thoughts, feel free to join the conversation and comment below!